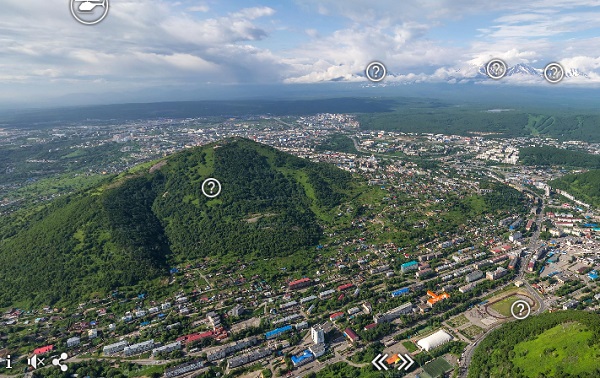 Petropavlovsk-Kamchatsky is a city in Russia, the administrative center of the Kamchatka Territory.

Petropavlovsk-Kamchatsky lies south of Moscow and approximately on the same latitude as Tambov and Bryansk, as well as with the cities of Manchester (England) and Dublin (Ireland). However, the climate of the city is much more severe than at similar latitudes in Western Europe, and cooler than in the European part of Russia. The average summer temperatures in Petropavlovsk are slightly higher than in Murmansk and Magadan, while winter is much warmer than at similar latitudes in Siberia, and competes mildly with Moscow and St. Petersburg. The climate of the city is moderate, at the same time it has features of sea and monsoon.

The average annual precipitation is high and is 1166 mm. Absolute maximum precipitation for the month – 486 mm was registered in October 2015.