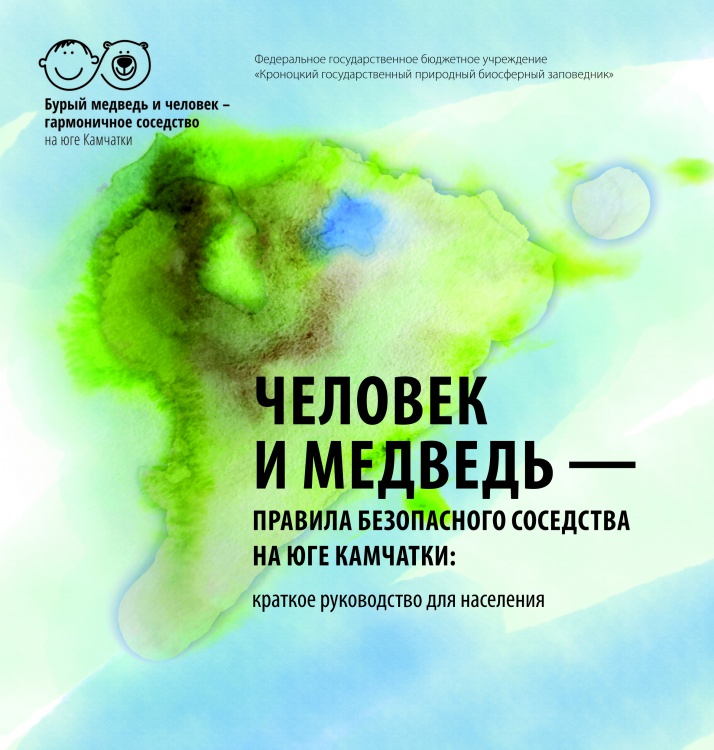 It was developed on the basis of studies of the relationship between bears and residents of settlements located in places with a dense bear population in the southern part of the peninsula.

The publication will be released in the framework of the project “Brown bear and man – a harmonious neighborhood in the south of Kamchatka”. The booklet will be distributed free of charge for environmental education. In the near future, the electronic version will be available for download on our website.

“A man and a bear are the rules of a safe neighborhood in the south of Kamchatka” – a ready-made guide to action for residents of remote villages, where there is a great meeting with predators in the wild or directly near human habitation, travelers and guides. The information is especially relevant for those who live and work near spawning rivers – the main fish restaurants of the bears.

“Kamchatka is a country of bears, and the south is the most densely populated by brown bears part of the peninsula. They lived and fished here long before the first human settlements appeared. Today, large fishing enterprises operate in small villages at the mouth of the Ozernaya River and more than 2.5 thousand people permanently live, and in the summer, with an influx of seasonal workers – about 4 thousand. The behavior and life of people largely determines the way of life of wild animals and their “habits”, often creating conditions for dangerous conflicts, ”said Anna Zavadskaya, senior researcher at the Kronotsky State Reserve, project manager. – “Problem” bears in most cases appear as a result of people not knowing the basic principles of a safe neighborhood with wild animals. It is for us that we need to study peaceful coexistence, and the responsibility for this lies with man. ”

Why do bears go to villages? How to reduce the likelihood of conflicts with animals and keep the bears of southern Kamchatka “wild”? How to equip a personal plot and behave during hiking and picnics? What to do when meeting a bear and how to protect children from meeting with a wild animal? Readers will find answers to these and other questions in the booklet, as well as facts about their biology that are useful for understanding animal behavior. The stated rules and principles will help residents and guests of the south of Kamchatka become responsible and respectable neighbors of wild animals.

The booklet also widely covers the acute problem of Kamchatka’s utilization of food waste, the appearance of natural dumps that attract bears to settlements. The authors of the booklet cite the international experience of a high waste management culture in the USA and Canada, which minimizes conflicts with wild animals.

The project “Brown Bear and Man – A Harmonious Neighborhood in the South of Kamchatka” is designed to reduce the anthropogenic impact on bears in the South Kamchatka Federal Reserve and reduce the number of conflicts between animals and people in settlements located in adjacent territories. The program is implemented with the support of the Presidential Grants Fund and the Zapovednik charity environmental fund. The general partner is the Federal State Budget Institution Kronotsky State Reserve.