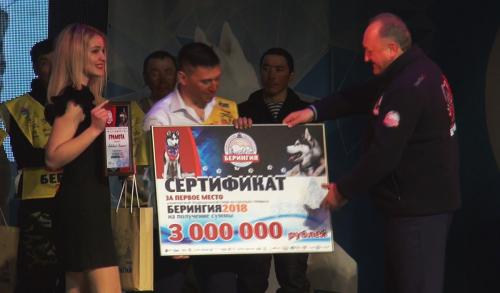 In Petropavlovsk-Kamchatsky in the Palace of Culture “Pogranichnik” the winners and prizewinners of the “Beringia-2018” were awarded. The champion of the race Valentin Levkovsky was awarded the main prize of the race – a certificate for 3 million rubles.

As part of the festive evening, a solemn presentation of the diploma was held, confirming that the Kamchatka traditional dog-sled race “Beringia-2018” is the longest in our country.
“I was lucky to visit both at the start of the race, and at its finish. Yesterday I flew to Chukotka to meet the heroes and make sure that they reached their dogs. With a clear conscience and great pleasure, I present this diploma, which confirms an amazing record, and demonstrates the strength of the Russian character, “noted Alexei Svistunov, editor-in-chief of the Russian Book of Records.
The certificate for 2 million rubles was awarded to the silver prize winner of the race – a kayura from Moscow, the debutant of “Beringia” Vyacheslav Demchenko. The third prize – a certificate for 1 million rubles – was given to Andrei Semashkin.
In addition, according to the results of the race of the guards from the Chukotka Autonomous Okrug, Gennady Tomilov became the owner of the first prize in the nomination “For fidelity to the traditions of the North”. Roman Mundyatov became the second owner of the award in this nomination.
Undisputed victory in the nomination “For national coloring” went to Herman Ainachgin, a kayur from the village of Khailino. All the race he went in the traditional northern clothing – kolyalke, torbas and malachay. As a prize, a cuirue was awarded a certificate for 100 thousand rubles. He is also recognized as the “Gentleman of the race”. The youngest participant of the race Alice Ishchenko was recognized as “Queen of Beringia-2018”.
The award ceremony ended with a festive concert with the participation of artists from the State Governor’s Academic Koryak National Ensemble named after A.V. Gilya “Mengo” and other creative teams of the Kamchatka Territory.
Recall, the race kicked off on March 11 in the village of Milkovo, Kamchatka Territory. At the start of the race came 15 kayurs, the finish reached 11. The first to withdraw from the race Anfisa Brazaluk and Timofey Gynuntegin. Then, for unsporting behavior and violation of the rules, was removed from the race, Alexander Dolgodushev. In Tilichiki, the debutant of the race Yaroslav Adukanov announced the end of the fight. For 25 stages, participants of the Beringia-2018 passed 2101 kilometers – this is an absolute world record.
Photo from the website of the regional administration. 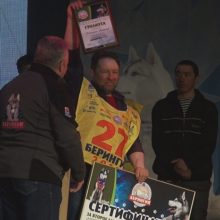 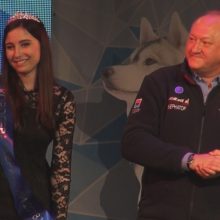 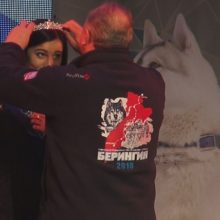 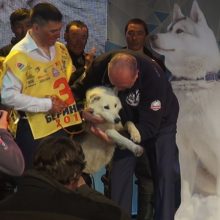 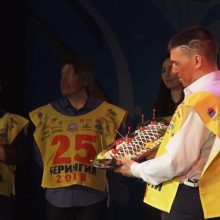 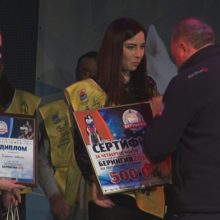 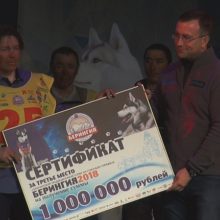