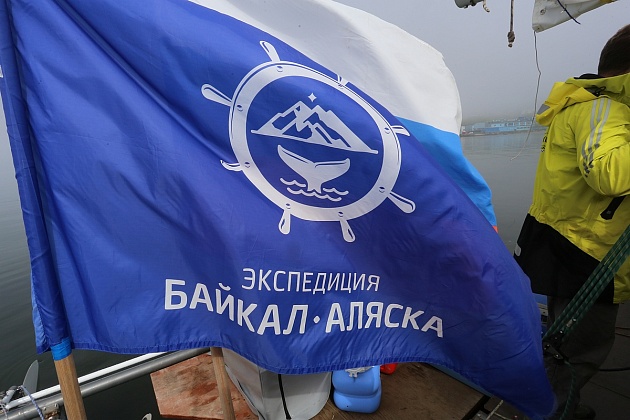 On June 17, on Sunday, another stage of the Baikal-Alaska expedition started from Petropavlovsk-Kamchatsky, the participants of which for the first time in the history of navigation will overcome the Bering Strait on an inflatable catamaran of the ocean class.

Valery Karpenko, Deputy Chairman of the Government of the Kamchatka Territory, addressed the expedition members with a salutatory word.

“You have combined so many interesting historical dates together. I think this will be a very good occasion for people to remember the history of the Pacific coast of Russia, our achievements in the Pacific. Indeed, everything went through Irkutsk and Siberia, this is a colossal path, “said Valery Karpenko. – Kamchatka has always been a launch for many expeditions, including both those that walked along the Northern Sea Route and those heading south. We develop yachting along with its other species, so we will be very grateful to you when you return to Kamchatka and plan your next trip. ”

In 2017, members of the Baikal-Alaska expedition overcame the route from Irkutsk to Kamchatka, leaving the vessel for wintering in the regional center. Preparing the boat for the next stage of the journey took about two weeks.

“Good mood. The way is far, but we are ready. We plan to go slowly, safety comes first. We are waiting for bright impressions from our trip, we want to see whales, killer whales and other delights of wild nature “, – said Anatoly Kazakevich.

Travelers have to overcome about 6 thousand kilometers along the route Petropavlovsk-Kamchatsky – Anadyr – Nom – Dutch Harbor – Anchorage. After the completion of the expedition will be released a film in Russian and English languages, a guide on the route “100 best places from Baikal to Alaska” and a photobook. 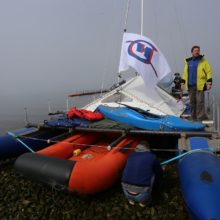 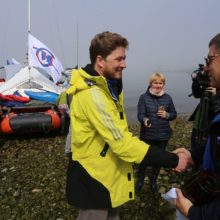 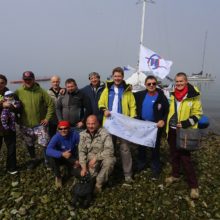 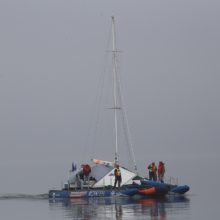