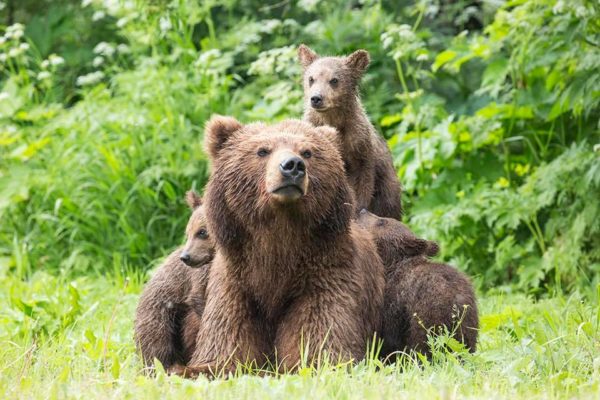 Employees of the protection of protected areas patrolling the outskirts of the Kuril Lake, scientists and guests of the South Kamchatka TI Shpilenka Federal Wildlife Sanctuary are watching four teenage cubs, whom the large bear was able to grow and save until the third year of life.

Young animals came out of their maternal care and have already become full members of the bear community.

Medveditsa, who fulfilled her duty to the cubs and taught them to live among their relatives, entered into a new family relationship. If her marriage period was successful, in the summer of 2019 Matryona, who received the unofficial status of the mother-heroine, will bring new children to the Kurile Lake.

“To drive off the grown-up offspring of Matryon began in late June. Lied for the cubs when they saw a mature male. After that, I saw her again a few times with a brood in a clearing with a couple of bears, and then she left her cubs and did not show up any more, “said Sergey Travin, a KamchatNIRO employee who led the sockeye salmon inventory at the source of the Ozernaya River.

The final parting of the grown cubs with their mother is a very intimate moment in the life of bears. To see it to humans, animals are extremely rare. Such cases can be counted on the fingers.

“One day the family saw the disintegration of the foresters in the spring. The female aggressively drove away the third woman, pushing him a crack. Another time I witnessed the collapse. It was in the autumn. The female simply escaped from the third party. The third case I observed at the end of July, at a time quite late for the rut. The newly born male aggressively drove away the third man and then became close to the female, “explained Alexander Nikanorov, consultant to the scientific department of the Kronotsky State Reserve FGBU.

Now, employees of the Kronotsky Reserve, based on the cordons of the Kurile Lake, are watching the Matryonin cubs – three young males and one female. First the beasts were kept by the four of them, then they were divided into groups. They can be seen wandering around three, two and one by one. Beasts are fishing and developing territory.

“The bear cubs are fully prepared for independent life and monitor their safety. If one of them sees the approach of large males, then warns his fellow men about it, loudly snorting. Young animals prefer to leave the source of danger. I think that my mother taught them everything necessary and everything will be all right with them, “said Liana Varavskaya, a security officer at the Kronotsky State Nature Reserve.

While the “graduates” are taking their first steps into the adult bear life, on the shores of the Kuril Lake, in which more and more tasty and nutritious sockeye comes to spawn every day, bear-bearers with juveniles, born in February this year, are being pulled up. Funny, angular and witty kids learn to fish and follow their mother everywhere. Ahead of them they have two years of acquaintance with the bear laws and the way of life of the toed. 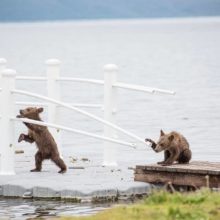 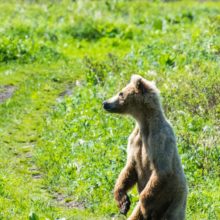 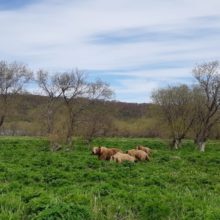 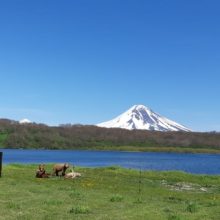 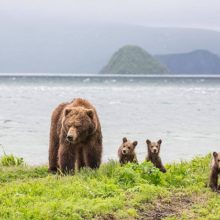