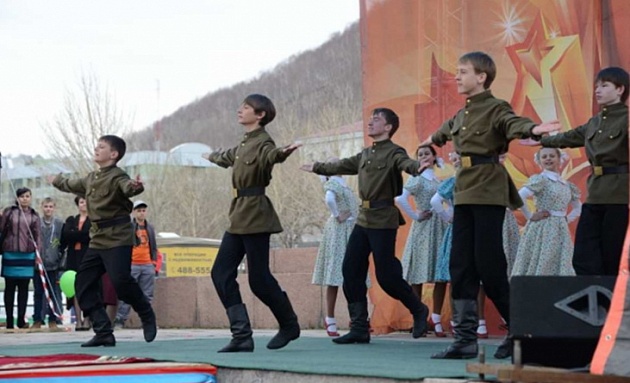 On Saturday, May 5, two concerts dedicated to the 73rd anniversary of the Victory in the Great Patriotic War will be held on the open fields of Petropavlovsk-Kamchatsky.

As reported in the city administration of culture, sport and youth policy, in the square named after V.I. Lenin at 14:00 will openly listen to the participants of the XVIII festival of military-patriotic song “Spring of the 45th year.” At the same time, a concert program “Songs of Peace and Victory” will open in the territory of the park at the former fishermen’s recreation center, which will be presented by the creative community of the regional public organization “Commonwealth”. Before the beginning of the concert – from 13 o’clock – there will be a city orchestra.

Kamchatka, News, Business, Travel > Kamchatka News, Russia Far East > Citizens of Kamchatka and guests of the peninsula are invited to open-air concerts in honor of the Victory Day