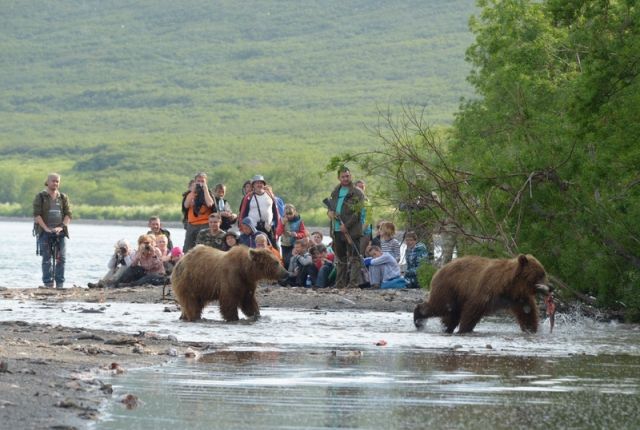 They said that a graduate of the Irkutsk Agrarian University Vadim Klabukov, in accordance with the contract, was doing economic work on the cordon in the reserve and helped accompany the tourists to experienced state inspectors.
On Saturday, August 18, he left the Ozernaya cordon, which is subordinated to the Kronotsky Reserve, without warning his colleagues and leadership. Upon discovering that Vadim had stopped contacting him, a group of security guards had gone to look for him, who first saw the gun, and later, 300 meters from the barrier, the body of a young man.

“In the footsteps, we managed to find out that he went to the place where the bear had dug its prey. Between the beast and man there was a skirmish. He did not have time to use his gun, “the press service of the reserve said.

A group of investigators with representatives of the Kronotsky Reserve left to investigate the circumstances of the incident. The audit will be made a procedural decision.

Kamchatka, News, Business, Travel > Kamchatka News, Russia Far East > Employee of the reserve died in a fight with a bear on the Kuril Lake