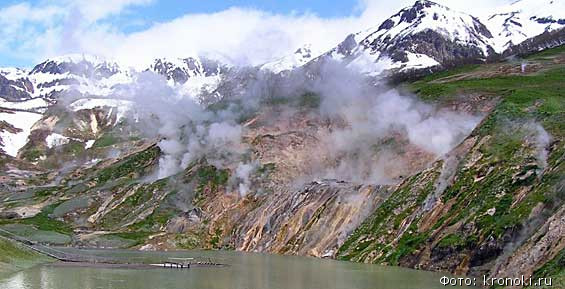 Experts found out that foreign tourists in the Far East of Russia are most of all interested.

Among the most attractive sights are the Valley of Geysers and the Kamchatka Volcanoes Park.

“From 30% to 45% would like to take a tour of the Trans-Siberian Railway, almost a third of the respondents would see the natural park“ Volcanoes of Kamchatka ”, and potential tourists from China gave him 41% of the vote,” reports RIA Novosti citing research by an international consulting company. EY “Development of tourism in the Far East”.

Another popular attraction is the Valley of Geysers. Europeans show great interest in it: the opportunity to hike with a visit to one of the most spectacular sites of the Kronotsky Reserve, where more than 30 sources are concentrated in a large area, attracts 34% of tourists from England and 28% from Germany.

Researchers also note an increase in interest in cruises, which are becoming the main method of delivering foreign tourists to Primorye: 18% of Germans, 20% of British people, and 17% of Chinese plan exactly this kind of vacation in the future. In addition, tourists from Asia, especially from China, according to researchers, are attracted to gaming establishments: 17% of Chinese tourists would like to visit the Primorye gambling zone.

In general, according to the results of the survey, over the past three years, the tourist flow to the Far East increased by 71.5%. In 2017, the number of tourists reached 5.4 million.

The authors analyzed key trends and prospects for the development of tourism in the Far East, where they took into account the results of an online survey of more than 1.5 thousand respondents from China, Japan, South Korea, the United Kingdom and Germany.

Kamchatka, News, Business, Travel > Kamchatka News, Russia Far East > Foreigners travel to the Far East for the sake of the Valley of Geysers and Kamchatka Volcanoes