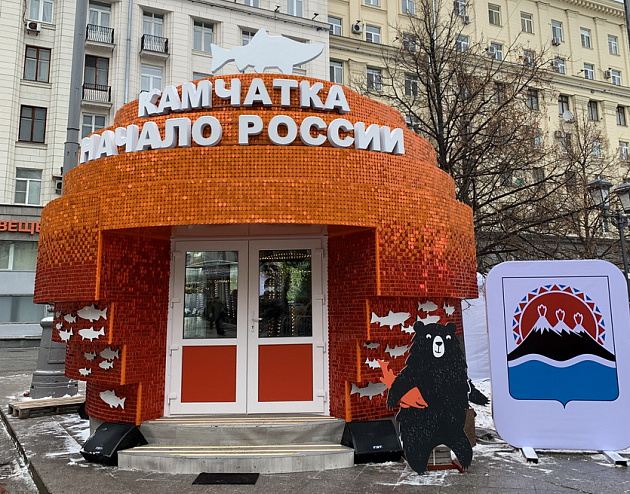 The pavilion of Kamchatka was made in the form of an egg decorated with decorative sequins and divided into three zones: “Kronotsky Reserve”, “Comfort” and “Ascension, Mountaineering”.

“Tourism for Kamchatka is a strategic direction. And today, the Government of the region, together with the business, is doing a lot to develop the appropriate infrastructure, implement investment projects in the industry, and attract tourists to the peninsula. That is why it was decided to present the capabilities of the subject at the Far Eastern Fair to the maximum. A separate pavilion was organized, where everyone could get complete information about winter and summer tours, about rest in protected areas, and, in principle, get to know Kamchatka, discover our unique region, ”said Alexey Voitov, Vice Governor of Kamchatka Krai.

He noted that during the work of the fair at least five thousand people visited the pavilion-egg.

“When we talk about great interest at the fair to tourism in Kamchatka, we are not exaggerating. Specialists from the Kamchatka Tourist Information Center and the Kronotsky Reserve advised visitors non-stop. In the pavilion, which is small in size, there were even queues of people who wanted to get more complete information about holidays in Kamchatka, ask their questions, and make virtual tours of the protected areas. Moreover, it was not just curiosity, many people really thought about going on a trip to the peninsula in the near future, ”said Elena Stratonova, head of the Kamchatka Krai Tourism and External Relations Agency.
In addition, the tourist potential of Kamchatka, along with other eastern subjects of the country, was represented in the joint pavilion of the Association of Tourist Information Centers of the Far East and the Ministry of Natural Resources and Environment of the Russian Federation.

The event was organized as part of the “Days of the Far East in Moscow” from December 3 to 9.

“For the association, Days of the Far East is a very important event. We presented the tourism potential of the entire federal district, including Transbaikalia and Buryatia. Visitors could not only find out what sights there are in each subject, but also develop a route with visits to several subjects at once. For convenience, we have released a single booklet describing the Far Eastern territories. Now we are working on the formation of a common route network, an event calendar, and image events, ”said Natalia Parastyuk, president of the Far East Association Information Center Association, director of the Kamchatka Tourist Information Center.

Kamchatka, News, Business, Travel > Kamchatka News, Russia Far East > Hall of the Kamchatka has become one of the most visited at the Far Eastern Fair in Moscow