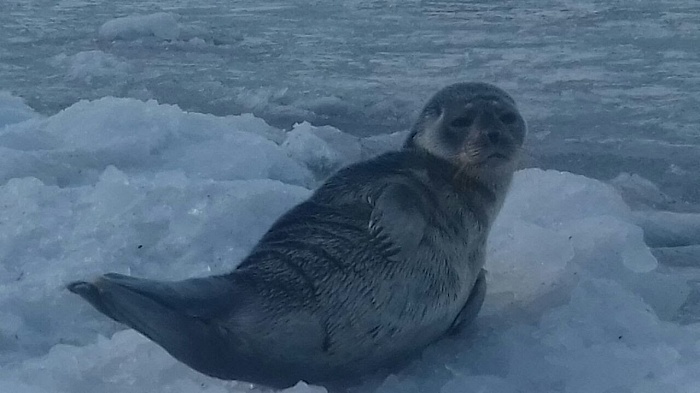 In Kamchatka, EMERCOM employees rendered assistance to the ringed seal caught in ice capture in the Avacha Bay.

A marine animal that could not get to the open water was noticed by the inhabitants of Petropavlovsk-Kamchatsky, who strolled along the shore of the Avacha Bay in the center of the regional capital. They asked for help from the Russian Ministry of Emergency Situations.

The rescuers of the Kamchatka branch of the Far Eastern Search and Rescue Unit of the Ministry of Emergency Situations of the Russian Far East (DPRSPO) who arrived at the site quickly put on wet suits and went to the coastal ice where the seal was. Rescuers inspected the animal, made sure that he had no injuries, and helped the seal to reach the polynya.

As the head of the search and rescue division of the Kamchatka branch of the DPRSPO, EMERCOM of Russia, Sergey Markov, such rescue operations are infrequent in Kamchatka.

“A similar case, when the seal needed assistance from rescuers, occurred in Kamchatka in January 2017. Then the operation to save the sea beast was conducted in Petropavlovsk-Kamchatsky near the banks of the Rakova bay. According to eyewitnesses, on the seal, which was on the ice of a frozen bay, attacked stray dogs. Seeing this, the locals beat the animal from the dogs and summoned the rescuers. The duty shift of our detachment arrived to the scene of the incident, was convinced of the absence of injuries to the seal and on the rescue vehicle Vepr delivered to the shore of Avacha Bay, where it released into the open water, “recalls Sergei Markov. 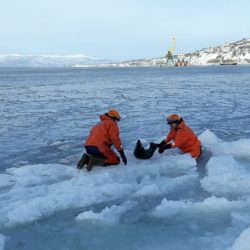 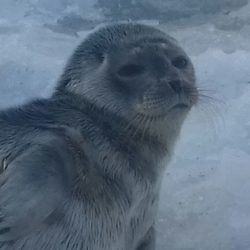 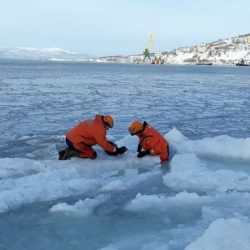