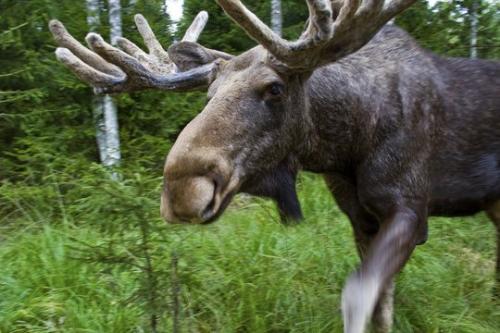 In Kamchatka, the budget for aerial accounting of moose in Tigil, Bystrinsky and Ust-Kamchatsky districts was summed up.

According to the results of the aerial monitoring, which took place in December 2017, 425 individuals counted for 27 hours of flight of inspectors. The head of the department of hunting supervision of the regional Agency for Forestry and Wildlife Protection Vladimir Gordienko noted the tendency to increase the number of the population. “Preliminary calculations showed that the number of elk in the Kamchatka River valley increased slightly from 2013 to 5,800,” Gordienko said, adding that moose became smaller in places accessible to snowmobiles.

The air strike in Tigil, Bystrinsky and Ust-Kamchatsky districts took place on the initiative of the deputies of the Legislative Assembly, who proposed allocating three million rubles from the regional budget for these purposes.

The deputies accepted the proposal to finance the full-scale work on the account of the elk at the expense of the regional budget at least once every four years and purchase equipment for calculating moose from the air, as well as appeals to the federal authorities to increase the number of state inspectorates in the districts and to prioritize these aerial counts before data of ground routing registration of moose.

“Now a new airport is under construction, and I am sure that when a new terminal appears, the flow of tourists to us will increase. And than we can surprise them? Our unique nature and rich fauna. Therefore, we simply take measures to protect the region’s natural resources, “Roman Granatov, vice speaker of the regional parliament, said. Earlier, on the initiative of Kamchatka deputies, serious restrictive measures were introduced to hunt this species of commercial animal, which had already yielded positive results. In particular, hunting for moose in the Penzhinsky district is completely closed, shooting of females is prohibited, and hunting periods are limited in winter, when moose are particularly vulnerable.