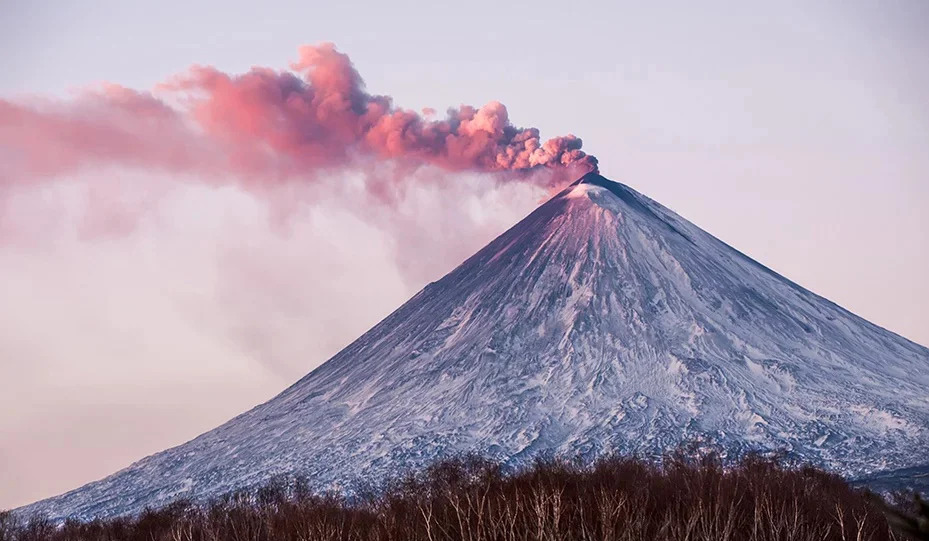 It is better for tourists to watch the lava flow on the Klyuchevsky volcano in Kamchatka at a safe distance, said experts who recently returned from a trip to the foot of the giant, where they monitored the state of the giant.

During the trip, the participants of the trip cleared the passage to the Apahoncic seismic station: fallen trees and branches interfering with the passage were removed from the road. In the vicinity of the base, garbage was collected and taken out, which was apparently left by tourists. Also, after inspecting the infrastructure, repair and restoration work was carried out.

One of the main goals of the working trip was to observe the eruption of Klyuchevskaya volcano, which has been going on since November 2019. It was important for the specialists of the Kamchatka Volcanoes nature park to conduct video and photography, consult with the scientists of the Kamchatka volcanic station and prepare recommendations for tourists who plan to go to the Klyuchevskoy nature park in the summer based on the data received.

“At present, Klyuchevskoy is the only volcano in the territory of the natural park where you can see hot lava. In April of this year, the volcanic eruption passed into a new phase: a lava flow began to pour over the eastern slope, which descended to an altitude of about 3,500 meters above sea level “It was important for us to see with our own eyes and evaluate what is happening there,” commented Alexander Bichenko, a leading specialist in the monitoring department of the Kamchatka Volcanoes Natural Park, “we came to the conclusion that climbing Klyuchevskaya volcano is a danger today, because volcanic bombs fly out of the crater. “

According to Alexander Bichenko, volcanologists predict that the Klyuchevsky eruption will continue throughout the tourist season. And this means that the tourist flow to the Apahonchich base will increase this year: for tourists it is a very attractive object from which bewitching views of the Klyuchevskaya group of volcanoes and you can watch the eruption at a safe distance. In addition, several popular hiking trails start here.