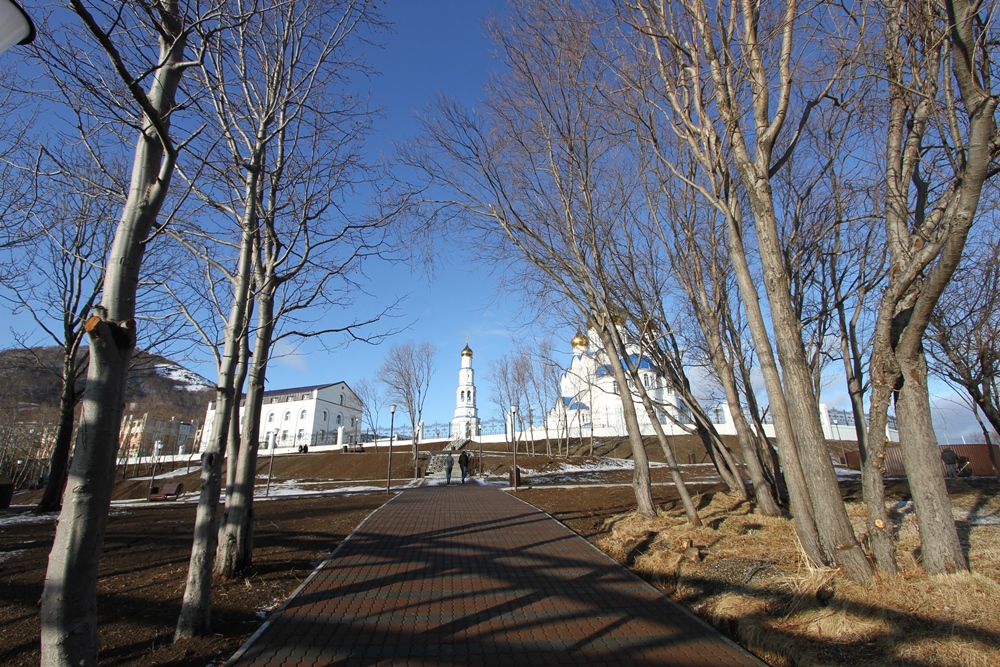 Another place of public recreation appeared on the map of the regional capital.

On the territory, which is located next to the Holy Trinity Cathedral, there are four observation platforms, a gazebo, a children’s play area, walkways, benches.

This is the sixth site in the city, well-maintained since the implementation of the programs Formation of a comfortable urban environment and Comprehensive improvement of the urban district. The author of the project was a young architect, a native of Petropavlovsk-Kamchatsky, Ivan Sukhanov, and funds for work by order of the Governor Vladimir Ilyukhin were allocated from the budget of the Kamchatka Territory.

“Back in 2017, city residents gathered about 500 votes for the improvement of this territory. Meeting the wishes of the citizens, despite the fact that the territory did not become the winner of the rating vote, in 2018 a project was developed to create a new square here. I express my deep gratitude to the Governor and the Government of the Territory for the allocated funds, for attention to the needs of people living in the regional capital, and to all issues related to improving the quality of life, comfort and relaxation of citizens, ”said the Head of the public garden the city of Vitaliy Ivanenko. He noted that the name for the square was also chosen by the residents themselves in an open vote. By a majority of votes he was called “Mirror.”

Work on the improvement of the square will continue. Small architectural forms, sculptural composition will appear here, in the spring additional landscaping will be done. “Mirror Square is equipped with video surveillance,” the Mayor added.

The warm words of greeting and congratulations were addressed to the residents and guests of the holiday by the Chairman of the City Duma Galina Monakhova, Archbishop of Peter and Paul and Kamchatka Theodore and many others.