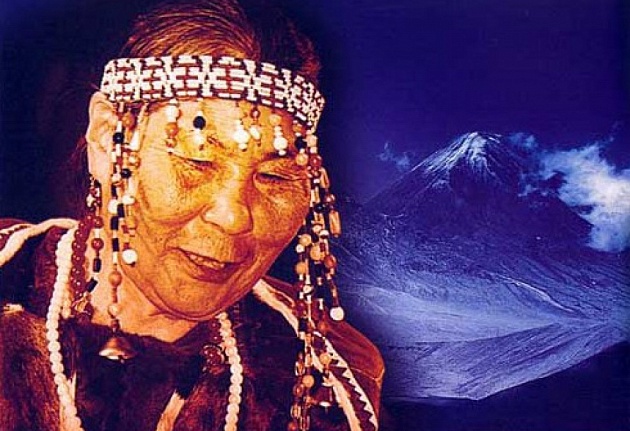 On April 18, a virtual exhibition “Woman of the Sea” will start working in the Kamchatka Regional Museum. The project is dedicated to the 100th anniversary of the birth of Maria Pritchina – the brightest keeper of traditional Koryak folklore, an outstanding master, a member of the Union of Artists of Russia, the first winner of the Kirill Kilpalin Prize.

The exhibition will be placed on the site of the institution http://kamchatka-museum.ru/. Here you can see the products of the handyman – kukhlyanka, carpets, headgear, as well as other exhibits from the museum. The scientific and educational purpose of the exposition is educational information about the life, culture, life of a person living in the North, the revival of interest in studying and preserving their heritage. The virtual exhibition will run until December 31.

Maria Innokentievna (family name – R’oi, which means “Big Breath”, “Spirit”) was born in the north of Kamchatka, in the family of noble reindeer herders (mother – Verastakhova Anastasia Ivanovna, father – Popov Innokenty Vasilievich). She never studied officially anywhere, although, of course, many of her knowledge and experience could envy her knowledge and experience today. Until the end of my life I hardly understood Russian speech. But this, undoubtedly, helped her to keep in her soul the amazing wealth of the culture of her ancestors.

The fate of Maria Pritchina was not easy. From the first days of my life I roamed with a reindeer herd. Baptized her in her native village. Recollecting those years, Maria Innokentievna told: “When the Soviet power came, they began to destroy churches. Where the priests disappeared, no one has ever learned. Before the revolution, there was a large herd of deer in our family, but with the advent of the Bolsheviks the deer were taken away and sent to collective farms … ”

She learned how to sew and embroider. Masterfully treated deer and sealskin. She sang beautifully, danced. Participated in all the traditional festivities that adorn the monotonous, but customary and harsh life of nomadic Karagin people.

During the Great Patriotic War, Mary was in the village of Il’pyr, on the processing of fish and fur-bearing animals. In winter, women, girls processed skins. They sewed clothes for the front: chihi, torbas, kukhlyanka, malachai, mittens, cucumbers. The brother of Maria Innokentyevna, Saveliya, together with other men were called to the front. A lot of aljutrists went to the front, units returned home …

During the war, as Maria Innokentievna recalled, American ships approached the shore, brought food, but then their visits stopped. Of the products the villagers were given 600 gr. sugar per person, tiles of pressed tea for a month, sometimes distributed a little cereals and cocoa. The unemployed were given nothing …

The victory was learned from the chairman of the collective farm “Tumgutum”. After gathering all the residents, Ivan Markovich Shinkorenko announced the long-awaited news: “The war is over, hurray, countrymen!”. We arranged dancing until the morning.

Immediately after the war, Maria Innokentievna married and left with her husband again in the herd. Life in the tundra, among deer and favorite countrymen, she always considered the best in her biography. One traveled on reindeer, on dog sleds in the expanses of native Karaginsky territory. She impressed everyone with her energy, courage and special gift of a dancer, narrator, connoisseur of hundreds of generic melodies.

In the post-war years, Maria Pritchina experienced three moves into new settlements, alien to her spirit. Forever lost many relatives and friends. And again she returned to her “own” sea, to the old village Il’pyr.

It is here that thoughts about the past, the fate of the ancient traditions of the Koryaks began to worry her more and more. In 1978, an ensemble of the Anapkin ethnic group of the Koryaks “Lauten” (in translation from the Koryak “Travushka”) appeared. The ensemble led by Lydia Chechulina united the talent and historical memory of the countrymen of Pritchina – Maria Nikiforovna Chechulina, Natalia Innokentievna Tyumentseva, Vera Vasilievna Volkova, Tatyana Nikolaevna and Alexei Savelievich Golikov. They were not going to become artists. Their aspirations were aimed at children and young people: let them know, honor and pass on to their descendants the age-old traditions of their ancestors. But the beauty and uniqueness of melodies, dances, rituals, the uniqueness of beads embroidered with beads, sewn with their own hands, could not but cause increased interest. So the participants of the ensemble “Lauten” appeared on the stage.

They deserved well-deserved fame. Maria Pritchina rightfully began to be considered one of the brightest keeper of traditional Koryak folklore. In the 80-90s she managed to get acquainted with her work in many countries of the world – in France, Belgium, Holland, USA, Canada, Japan, where she visited the exhibitions of her works and played the family melodies under the tambourine. She participated in many festivals and scientific conferences that were held in Petropavlovsk, Khabarovsk, Moscow, Leningrad. And until the end of her life, she continued to work on skins and sew national clothes, passed her skills, knowledge of local customs, traditions, national cuisine to the young, gave lessons in the Koryak language. She, a brilliant connoisseur of fairy tales, legends, rites and melodies of her ancestors, was easy on the rise. She was always ready, striking a tambourine, launching into a fiery dance at the fire. Or sew a beaded gown, which any museum in the world will delightfully take into its collection …

Being a laureate of many festivals, having earned an indisputable authority among fellow countrymen and specialists in the national culture of the northerners, Maria Innokentievna never managed to live up to state awards worthy of her name. Only in 1995, by the Decree of the President of the Russian Federation, she was awarded the jubilee medal “50 Years of Victory in the Great Patriotic War 1941 – 1945”. A certificate of award was given to her after … ten years and – without a medal. Medal, overcoming a long way from Moscow, was lost in the offices of officials … In 1994, Maria Pritchina was the first winner of the award. Kirill Kilpalin, established by the Compensation Fund (in favor of the peoples of the North “) Arthur Belashov. Veteran of labour…

In 2005, a unique CD “Ethnic Music of Kamchatka” was published in Kamchatka. One of the albums includes 11 generic songs, which are performed in the Koryak language by Maria Innokentievna Pritchina. The words and melodies of these songs were transmitted in the genus Pritchin-Popov by word of mouth and are rare examples of the traditional spiritual culture of the northerners.

In one of the songs, Maria Pritchina talks about the sea, about her tambourine, which sounds like a surf. And he adds: “Try to compete with me in dance. I am a woman of the sea … “.

This was Maria Innokentievna Pritchina in our memory. Her extraordinary strength will continue to adorn the life of the courageous northerners of the Kamchatka Territory for a long time.

(On the materials of the site kamchadaly.ru) 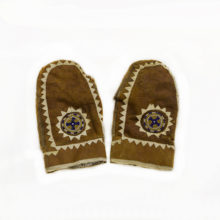 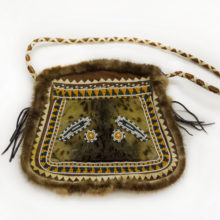 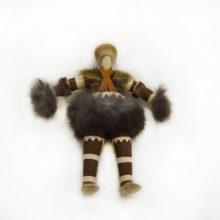