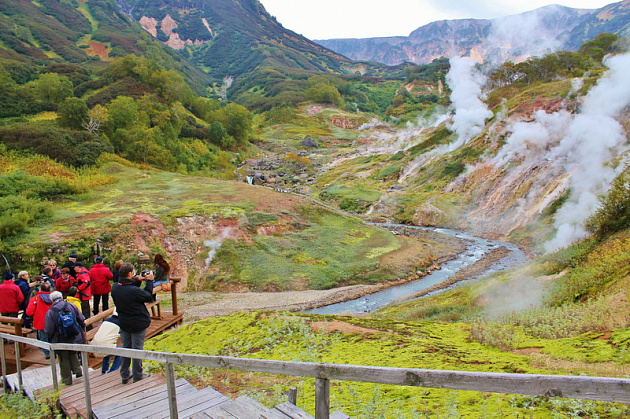 Kamchatka was in the first place among the regions of Russia that travelers would like to visit.

The three leaders also include Lake Baikal and Elbrus.

And in Kamchatka, people most of all want to see the Valley of Geysers. This follows from a study conducted by Skyscanner.

It is noted that 34% of survey participants would like to admire geysers in Kamchatka. The second line in the list of preferences of Russians is occupied by Baikal. For him voted 33% of travelers. Elbrus closes the top three in the North Caucasus. 13% would like to climb or just see the mountain.

Earlier it was reported that in 10 months of 2018, 24.6 thousand citizens of foreign countries visited the Kamchatka Peninsula. Most of them arrived in Kamchatka on board cruise liners. For comparison, the foreign tourist flow for the whole of 2017 amounted to 13.9 thousand people.