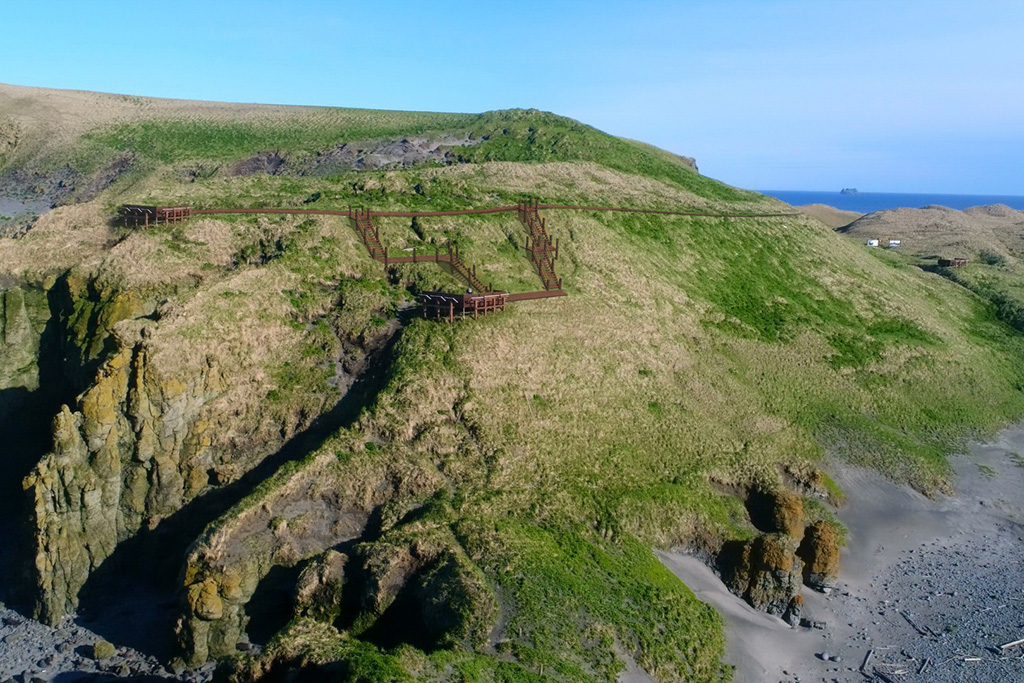 The Komandorskiy Nature Reserve on Bering Island in the Kamchatka Territory has announced a tender to complete the construction of an ecotrail near the fur seal rookery.

The reserve is ready to spend 3.1 million rubles for work.

The tender has already been announced. According to the terms of the contract, the contractor will have to hand over the facility at the end of October. On the ecotrail, visitors to the reserve will be able to observe the life of fur seals and sea lions and anthurs living in the neighborhood. A level trail is necessary both for the safety of tourists and in order to minimize anthropogenic pressure on the coastal ecosystem.

A single excursion trail of a radial type with elements of a circular trail starts from the buildings of the reserve and continues to the highest viewpoint of the rookery. The trail passes through sections of highly rugged terrain, with elevation differences and rugged terrain.

From the entrance group, the route follows the existing path to the first observation deck. From the first observation deck upward as part of the second stage, a 42-meter staircase with seating areas was built in 2019. At the third stage, it is proposed to make a section of a flat trail in a nautical style towards a steep slope, as well as another staircase descending to a second observation deck. In addition, along the route there will be information stands telling about the nature of the Commander Islands.

The Northwest Rookery of Marine Mammals is located on Bering Island, 25 km northwest of the village of Nikolskoye, the only settlement on the island.