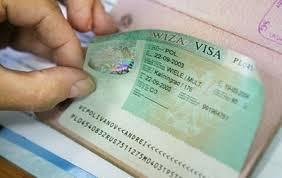 Over the last week, over 1 thousand electronic visas have been issued for visiting the Far East of Russia.

Since last August, over 50.2 thousand foreign citizens have received electronic visas, according to the Ministry of the Russian Federation for the Development of the Far East.

You can fly by e-visa to the Far East in six regions. Since September of this year, six air checkpoints operate. You can arrive at the airport Vladivostok (Knevichi), Petropavlovsk-Kamchatsky (Elizovo), Blagoveshchensk, Khabarovsk (New), Yuzhno-Sakhalinsk (Khomutovo), Anadyr (Coal). In the three regions – Primorsky Krai, on Kamchatka and Sakhalin – sea checkpoints operate. By e-visa in Primorye, you can arrive at the Pogranichny, Hassan, Makhalino railway checkpoints, Poltavka and Turiy Rog automobile checkpoints.

Apply for an electronic visa can citizens of 18 countries. This should be done on a specialized site 4 days before the intended entry. Such a visa is issued free of charge, without consular fees.