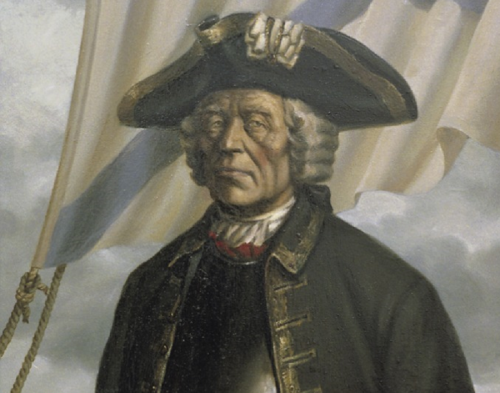 The results of the contest “Great Names of Russia” were summed up, during which Russians chose names for 42 airports in the country.

The airport of Petropavlovsk-Kamchatsky should receive the name of the head of the First and Second Kamchatka expeditions Vitus Bering.

27.8 thousand people took part in the voting on the choice of a name for the main Kamchatka airport. Of these, 52 percent of the participants cast their votes for Vitus Bering, 27 percent voted for Governor-General Vasily Zavoyko and 20 percent for Stepan Krasheninnikov, a researcher in Kamchatka.

Also in the near future, a second round of voting will be held on choosing names for five more Russian airports, where the winner could not be determined from the first attempt.

According to the head of the Public Chamber of the Russian Federation, Valery Fadeev, the names chosen by the Russians will not necessarily be assigned to airports. In the near future, the Public Chamber, which conducted the competition, will send the selected names to the Russian government, and President Vladimir Putin will sign the document on renaming airports.

In 1725-1730 and 1733-1741 he led the First and Second Kamchatka expeditions. He passed through the strait between Chukotka and Alaska (later the Bering Strait), reached North America and discovered a number of islands of the Aleutian chain. The name of Bering is the island, the strait and the sea in the north of the Pacific Ocean, as well as the Commander Islands. In archeology, the northeastern part of Siberia, Chukotka, and Alaska (which, as it is now believed, were connected by a strip of land) is often called the common term Beringia.

It took considerable time before the merits of Bering were fully recognized. The first of the travelers to confirm the accuracy of Bering’s research was the English navigator James Cook. It was he who proposed to give the name of Bering to the strait between Chukotka and Alaska. Vitus Bering Monument installed in Petropavlovsk-Kamchatsky. A cast-iron plate with an inscription at the base of the monument reads: “To the founder of Petropavlovsk in 1740, navigator Vitus Bering”.