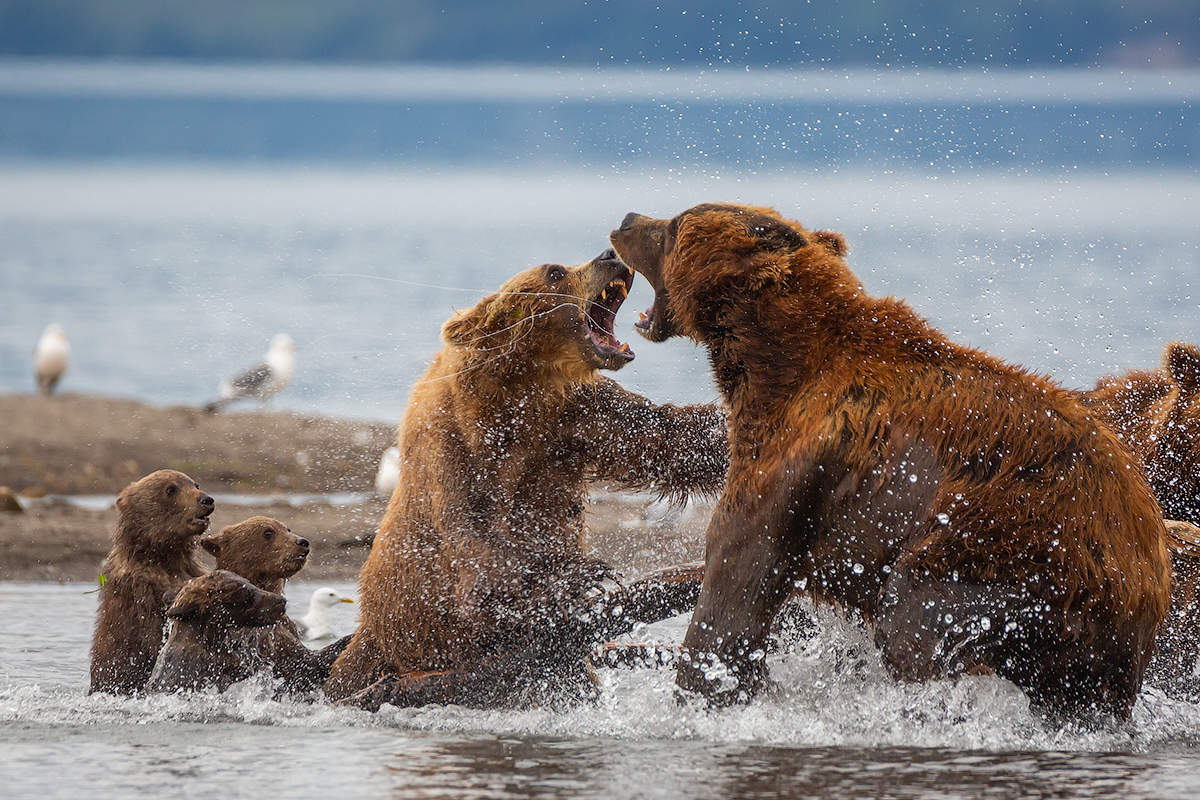 Photograph of the photographer Denis Budkov “Protecting Children”, in which the author captured the battle of bears, was recognized as the best at the annual Wildlife of Russia National Geographic Russia contest.

According to the Kronotsky State Reserve, the picture was recognized as the best in the nomination “Moms and cubs”.

The dramatic scene captured by the photographer took place during the largest congestion of bears on the Kuril Lake, when the sockeye salmon went to spawn en masse.

“The bear was so carried away by fishing that she didn’t notice how a large male with bad intentions approached her babies, and there were only a couple of seconds before the tragedy, when the scream of the cubs attracted the attention of the mother, and she rushed to defend them with all fury,” he described work by Denis Budkov.

This is not the first time that photographs of a photographer from the village of Thermal in the Yelizovsky District of the Territory have been celebrated at international and national competitions. Last year, his picture was highly appreciated by the jury of the London Museum of Natural History competition, and in 2016, Denis’s photo won the nomination for the competition in Spain.