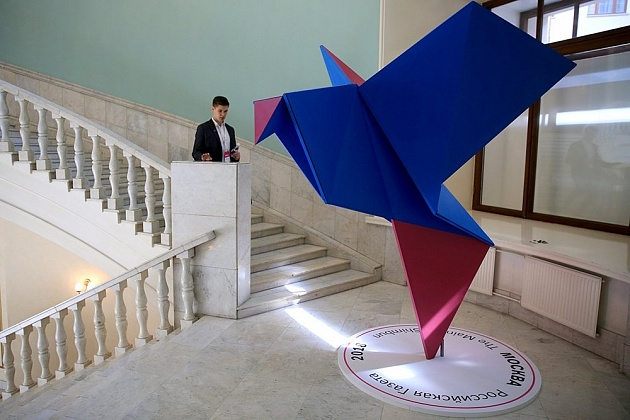 In Moscow there was the IV Russian-Japanese forum “Points of Contact”, organized by the “Russian newspaper” and the Japanese newspaper “Mainiti”. He was visited by a representative delegation from Japan – more than 200 politicians and businessmen led by the general secretary of the ruling Japanese Liberal Democratic Party (LDPJ), Toshihiro Nikayem.

During the forum round tables were held – on the energy of the future, on tourism in the Far East, on training of personnel, on the development of the infrastructure of the urban environment. The forum, as the organizers have repeatedly stressed, was held within the framework of the cross-cutting Year of Russia – Japan, which opens on May 26.

As all speakers noted, the “Contact Points” forum became a notable step in the development of relations between Tokyo and Moscow. “The current level of relations between Japan and Russia has not reached the level it can reach,” Toshihiro Nikai admitted. According to him, there is scope for cooperation, for example, in tourism. And with the Japanese inherent scrupulousness, he announced the figures: the share of Russian tourists visiting Japan is only 1/63 of the number of Chinese tourists and 1/36 of American tourists. “The current cross-year of Russia and Japan will provide an opportunity to change the situation, creating favorable conditions for the people of our countries to learn more about each other. And this opportunity should be used. As they say in Japan, time is hard to find, but it’s easy to lose, “the LDPJ secretary-general added.

The round tables, which took place after the plenary session, brought together experts from both the Russian and Japanese sides. They offered their ideas and discussed ways to solve problems in Russian-Japanese relations. In particular, governors of the Japanese provinces of Wakayama, Ibaraki, Hiroshima, Yamagata, who spoke about new projects, were present. The Russian side also shared thoughts on how she sees the development of inbound tourism. So, the deputy head of the Federal Agency for Tourism Alexei Konyushkov suggested a number of ideas to increase the flow of Japanese tourists to Russia, as well as Russians to Japan.