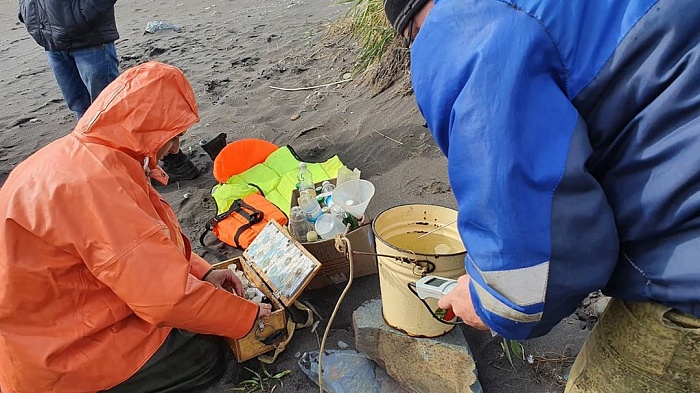 The plane with samples of water, sand and dead animals from the Pacific coast of Kamchatka on board flew to the capital at 13:00 local time.

The cargo weighing 250 kilograms at the Moscow airport will be met by employees of the Russian centers of toxicology, chemistry and biology. World renowned specialists will work with the materials.

“First, we need to determine the pollutant, after that we will put forward versions. Based on the results of the study, we will draw conclusions. We have not yet encountered such pollution, ”said Governor of the Kamchatka Territory Vladimir Solodov.

Samples were taken early in the morning on October 4 from the surface, from the depths and from the coastal strip at several points – in the area of ​​the Khalaktyrsky beach, in the Malaya and Bolshaya Lagernaya bays, in the water area of ​​the Avacha Bay. All samples are packed in special containers, some are transported chilled.

A procedural check on the fact of the dissemination in the media of information about the mass death of marine animals in the area of ​​the bays of Avachinsky Bay of the Kamchatka Territory was started by the Investigative Directorate of the Investigative Committee of Russia for the Kamchatka Territory. According to preliminary data, the emergency occurred due to the ingress of increased concentration of petroleum hydrocarbons and phenols into coastal waters from an unidentified source. Based on the results of laboratory tests, as well as procedural actions, the investigation will give a legal assessment of what happened.