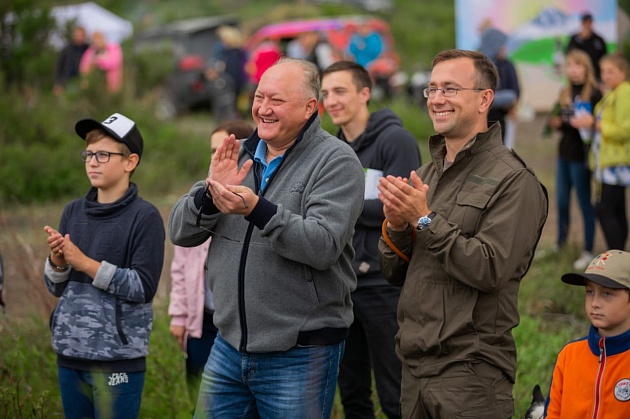 A few thousand inhabitants and guests of the Kamchatka Territory visited the foot of the Kozel volcano last Saturday.

“The event was postponed from the previous weekend due to unfavorable weather conditions, but, as we saw on the site, the Kamchatka people reacted with understanding. The day of the volcano is a traditional regional holiday organized by the Krai Government on behalf of the Governor Vladimir Ilyukhin. This holiday has already become a visiting card of Kamchatka. Every year we try to please the guests with something new, so this year at the foot of Kozelsky the “ethno village” was first organized. Its visitors are offered to settle in yarangas with reindeer skins, to drink aromatic hot tea from Kamchatka’s wild plants, to see the performance of the national ensemble, to participate in a conversation about the culture, way of life, traditions and customs of the peoples of Kamchatka. Those who wish can try on national costumes, take part in a photo session, learn how to cook Itelmen and Koryak dishes from berries and mushrooms. I am sure that the Day of Volcano-2018 will be remembered for the residents of the region and its guests for a long time, “said the Vice-Governor of the subject Alexei Voitov.

“The atmosphere at the holiday is very warm, everything is organized very well here, people really came to the party. This place attracts people, there are always a lot of them – here is a special atmosphere. And I want this holiday to be always on Kamchatka, “said Governor of the Kamchatka Territory Vladimir Ilyukhin, who also visited Volcano Day.

Simultaneously with the festival, a quest for children and parents was launched. The teams had to perform a number of tasks: to collect a backpack for the campaign, provide first aid, tie a rope to a special knot, “cross” through the “river” along the rope and so on. At the end of the route, the participants of the quest were waiting for prizes. Next to the stage were placed the “City of Masters”, where the Kamchatka craftsmen presented their products at the fair, and also held various master classes for everyone. Here is also located postal “department” – under Kozelskiy it was possible to receive free of charge and send a postcard with the image of a Kamchatka volcano. In ethno-village, which first appeared on the Day of the Volcano, guests were invited to take pictures in clothes and with musical instruments of indigenous peoples of Kamchatka. On the main stage, a large master class on zumba was held for the attendees, and then the participants of the dance club “Kamchatka Brittany” shared their skills. And on a separate site there were spectacular motorcycle races “The Tsar of the Volcano”. Motorcyclists went to the start on two and overcame crumbling slopes, snow and slag traps …

“My family is here for the first time. In delight – a wonderful holiday, we will definitely come to him in the future, “- shared the impressions of the inhabitant of Vilyuchinsk Anastasia Ragulina.

The result of the Saturday festival was the evening music and dance festival “Vertical”, at which Kamchatka groups and DJs performed, as well as a special guest from Moscow – DJ Serge Gorely.

The end of the Volcano’s Day was the Sunday ecological action – on August 26, in the vicinity of the festive grounds and camping, the territory was cleaned. 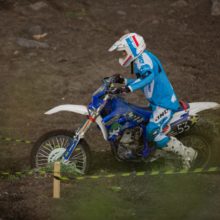 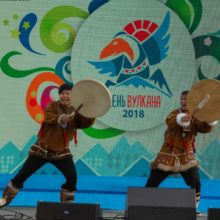 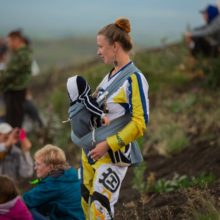 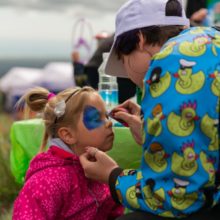 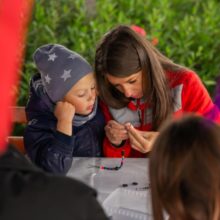 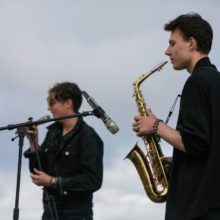