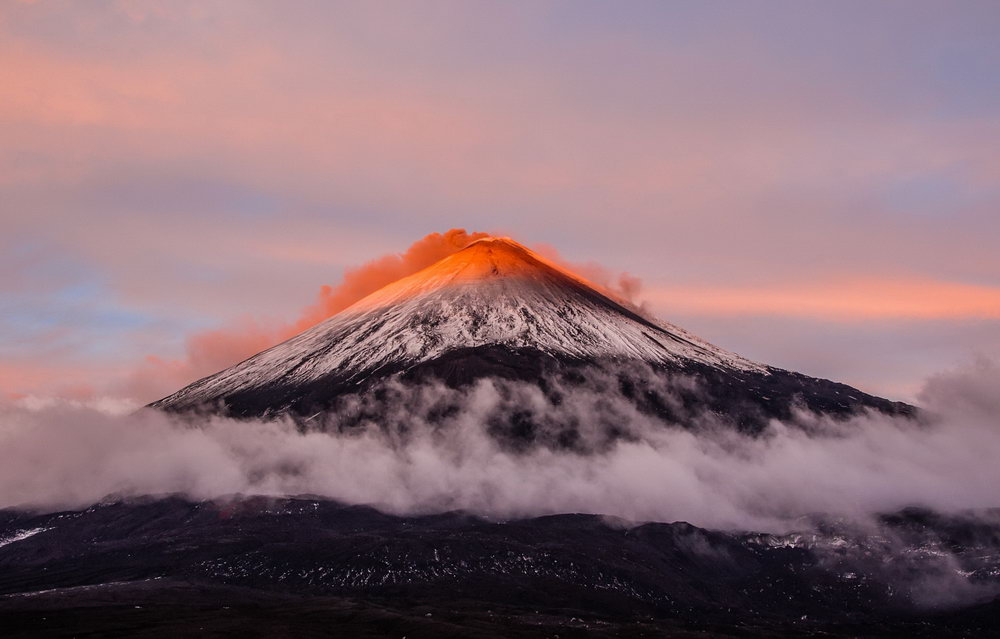 For the first time after a three-year silence, emissions of red-hot material appeared in Klyuchevsky Crater.
The summit eruption of the highest active volcano in Eurasia, Klyuchevskaya Sopka, began in Kamchatka on the night of November 11, the Institute of Volcanology and Seismology (IViS) of the Far Eastern Branch of the Russian Academy of Sciences said.

According to Yuri Demyanchuk, the head of the Klyuchevskoy volcano station IVS, volcanic tremors have increased in recent months and rare single emissions of ash from the volcano have been noted.

“In the infrared range, there was a glow above the crater, but only on the night of November 11 the glow turned into the optical range, which indicates the release of fresh lava,” he explained.

Due to the great depth of the crater, the lava does not rise above its edge yet.

Kluchevskoy volcano is a stratovolcano, which is a regular cone with an apex crater with a diameter of about 700 m, and about 80 secondary explosive craters and slag cones are located on the slopes at heights of 500-3600 m. The height of the volcano is 4750 meters, age about 7000 years.

The volcano belongs to the Klyuchevskaya group, located 30 km from the village of Klyuchi in the Ust-Kamchatka region on the right bank of the Kamchatka River, 360 km from Petropavlovsk-Kamchatsky.