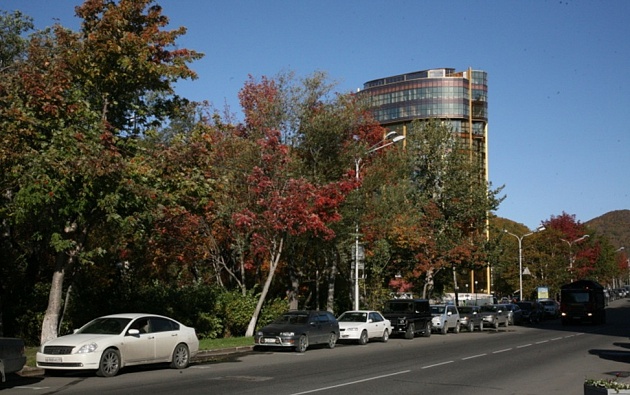 The authorities of Petropavlovsk-Kamchatsky are planning in 2018 to finish the reconstruction of the promenade on the Ozernovskaya spit. In addition, the public territories that won the rating vote will be landscaped – the Dzerzhinsky Square (the Glory Monument to the Border Guards), the park on Industrial Street and Lake Medvezhye.

“Also we begin complex works on the hill Nikolskaya. Last year, the entrance group was reconstructed, lighting was made, – said the head of the city district Vitaly Ivanenko. “I think that this autumn we will be able to present the citizens with an updated walking zone, including footpaths, stairs and a retaining wall.”

As part of the comprehensive improvement program for 2018, Tsiolkovsky Street will also be renovated from the fork in the Horizon-North area to the traffic light at Vodokanal. Repair of this site will be done together with the device of storm sewerage, pedestrian paths and replacement of bus pavilions. In addition, in the summer, the roads along Wojcieszka and Kronotskaya streets will be put in order, as well as a route linking the so-called “upper” and “lower” Horizont (Zvezdnaya street).

“From the budget of the Kamchatka Krai received additional funding of about 21 million rubles, which will be used to repair the intraquarter passage along Koroleva Street 21. This will be carried out repair works similar to those that took place last year on Zvezdnaya Street – a complete replacement of the roadway, curbs and etc. Also we can additionally include in the repair plans a road section from the Seroglazka terminal on Mishennaya Street, “Vitaly Ivanenko noted.

Kamchatka, News, Business, Travel > Kamchatka News, Russia Far East > This year it is planned to complete the reconstruction of the walking zone in the center of Petropavlovsk-Kamchatsky