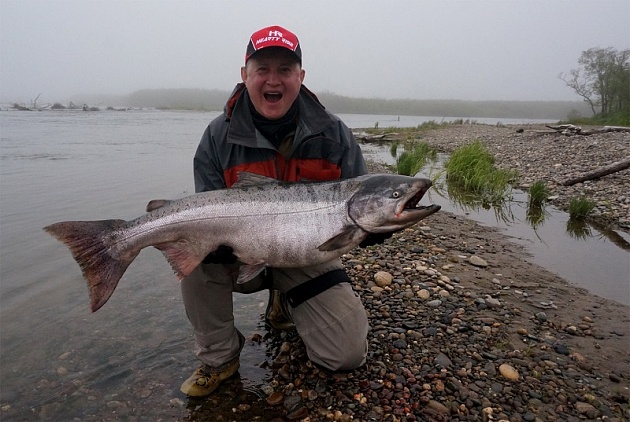 June 1 in Kamchatka began a “red” Putin. The peninsula is a real fishing Eldorado. More than half of the salmon spawning grounds of our planet is located here. This corner of the Earth can be called, without exaggeration, a fishing paradise – Kamchatka fish surprises with its size, strength and beauty, it becomes the trophy of the whole life of an angler.

Soon after the beginning of the salmon trout on the peninsula, the Day of the First Fish begins. Since 2010 this is an official holiday of the Kamchatka Territory, which is celebrated on June 12. This is a tribute to the indigenous population of Kamchatka, for which salmon is not just food-the survival of the entire tribe depended on the abundant summer season.

The permanent place for the celebration in Petropavlovsk-Kamchatsky is the ethnographic site “Visiting Kutha” on the Ozernovskaya spit of Kultuchny Lake. Here they arrange improvised dwellings for the Koryaks and Itelmen, and the creator of the visible world of the ravens Kutkh, carved from a tree, shams his eyes at people. The rite begins with the fact that women dressed in national costumes weave a long braid from the grass, tied to it the fish heads and tails left over from last year. The action is accompanied by songs with thanks to the good spirits of the river and requests for new favors. Under the sound of tambourines, the magic amulet is thrown into the water at one end, and after the other pulls “upstream”, painstakingly depicting how hard it is for all to hold it. It is especially important to participate in the rite of pregnant women. It is believed that this will facilitate childbirth, and the magical power of spells of grace will multiply. And if on the water surface there are the first bursts from salmon going to spawn – then the magic has worked, and people will be full in winter.

After the “catch” is pulled ashore, ceremonial dances begin. And on the tables are dishes of local cuisine – fish in all possible species, venison, fresh forest berries and honey. Similar festivities take place on this day in other settlements of Kamchatka – in Vilyuchinsk, Elizovo, Palana, Esso …

For fishing in Kamchatka there is almost no “dead” season: from May to December, the chinook salmon, sockeye salmon, pink salmon, keta, Kamchatka salmon, coho salmon, kunja, char, live in the native waters of the ocean; grayling (rainbow trout), grayling. However, it is worthwhile to understand that you can not come to the peninsula and catch all the salmons at once. Everyone has his own time.

Have you already prepared the gear and touched the bait? So, it’s time to go to Kamchatka! You have the opportunity to realize your dream as early as the end of April. At this time, the goltsovs begin to enter the rivers of the peninsula. Goltsa, nicknamed for the fact that this fish is almost devoid of scales, local fishermen catch light float fishing rods with telescopic rods. The best nozzle has for some time been considered boiled salmon caviar, but now the charlets are literally thrown on the artificial snag of Japanese and Korean production. And after hitting the spinning hook, he furiously fights for life, wriggling his muscular body, and very often the inexperienced fisher loses, and the char, farewellly splashing the fountain, returns to his element.

The average kundzha also falls – 3-8 kg. And the main trophy can be a spotted beauty weighing 12 kg.

In pure water, open streams with a rapid current inhabit the long-livers of Kamchatka ponds – grayling. He, reaching a length of 53 cm and 1.4 kg of weight, is considered a fish delicacy because of delicate, tasty meat. Parking grayling is more often where small sections of the river go to deeper, under the rapids, where there are shelters behind the rocks. He quickly and boldly grabs the bait, but it is very easy to break, so that the next minute recklessly again rush on the hook.

June, the middle of July is the best time to catch chinook salmon. It is believed that it is she, the Queen of Salmon, who opens the mass fishing season in Kamchatka. Chavycha combines the qualities most desired for a true lover of sport fishing: large, and sometimes gigantic in size, exceptional power, a kind of capriciousness and secrecy. Because it is not so easy to catch, especially in a small river, where this large fish, taking care of its own safety, chooses for the course and parking lots very difficult for catching places. In order to feel the bite, it is necessary to work hard, which is not very typical for Kamchatka fishing in general, but sharply increases interest, sportiness and competitive spirit. Impressions from the fight with the Queen of Salmons, when sometimes spinning breaks, tees unbend, millimeter-long fishing lines burst, they remain in memory for a long time.

August, September – time coho. This silvery handsome man weighing up to 10 kg is the most favorite target of spinning. The course of coho salmon in the Kamchatka rivers begins in July-August and lasts until the winter cold. But the most qualitative and productive for fishing are August and September. It was at this time that from 2012 on Kamchatka the regional festival “Let’s Save Salmon TOGETHER!” Is held, which takes place in the village of Ust-Bolsheretsk on the Kosoevo channel of the Bolshaya River. The big one is one of the main salmon arteries of Kamchatka, the richest in biodiversity of these species of fish on our planet. This is the most beloved river for sport fishing and fishing tourism on the peninsula, where during the run of the salmon spawn, fishermen from all over the world come to spawn. Since 2013, “Save Salmon TOGETHER!” Has become the regional stage of the All-Russian Festival “People’s Fishing” – the Kamchatka Krai Championship in fishing sport (fishing coho with spinning from the shore). This is where amateur fishermen from all over Russia seek. They compete in fishing skills, and then boil the ear according to the traditional recipes of the Kamchadals. The name of the festival symbolizes the protest against poaching, prohibited fishing gear and promotes healthy fishing traditions.

September, October in Kamchatka – a separate time for catching char, grayling, mikizhi and kunji. At this time, it is possible to remarkably close the season of spinning fishing or fishing with fly fishing.

Country of fish and fish-eaters

In 2017, 30 km from Petropavlovsk-Kamchatsky, the ecological and educational center “Country of fish and fish-eaters” was opened. The entrance here is completely free. This – a kind of fish “business card” of the peninsula. And here the guests understand that it is not by chance that the Raven God Kutkh, creating the Kamchatka peninsula among the ocean, “molded” it precisely in the form of salmon. Most of the exhibits of the Enlightenment Center – paintings, sculptures, crafts, toys and souvenirs – are devoted to fish.

… Fishing tourism, focused on inland water objects in Kamchatka, has developed over the past decades. Today, the guests of the peninsula are offered various conditions, technologies and programs for fishing tours. Experienced people can spend fishing in high comfort. Accommodation on fishing bases will make available almost all the benefits of civilization – cozy rooms, good cuisine, sauna, shower, satellite TV, Internet. And fishing with amenities will be provided by highly professional guides using high-quality and reliable motor vehicles.

Slightly inferior in the level of comfort and maintenance of fixed tent camps. But they allow you to feel more acutely in the wild. Fishing is also carried out with the use of motor boats – this allows daily “harvest” the variety of secluded fishing grounds.

But the most familiarity with the unique nature of Kamchatka – the Country of fish and fish-eaters – will become possible, perhaps, on rafting tours. Fishing on the rafts is a great chance to visit the wildest parts of the Kamchatka rivers and to feel alone with the pristine grandeur of the landscapes, which is called the paradise for the angler.

If you are in search of fishing, which will divide your memories into “before” and “after” – come to Kamchatka! 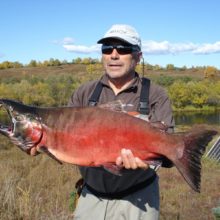 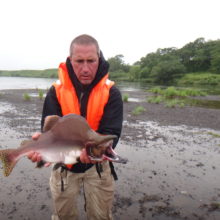 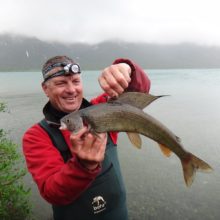 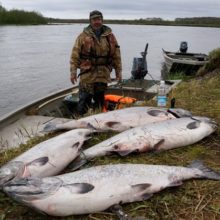 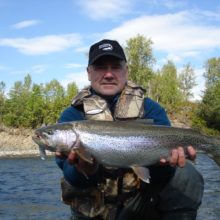 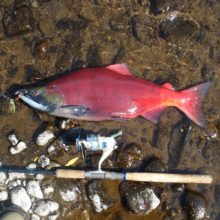 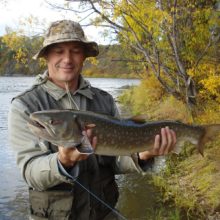 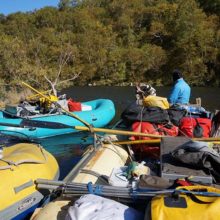