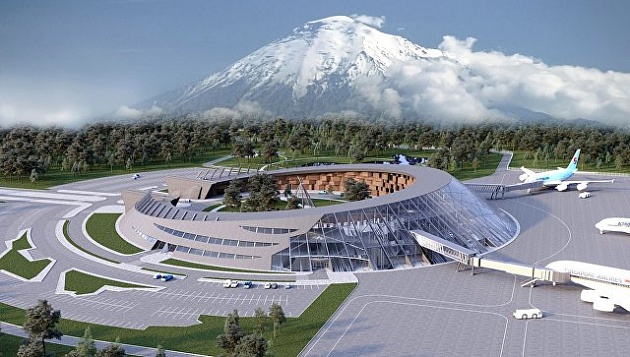 The company “Airports of the Regions” transferred almost 3.5 billion rubles to the Kamchatka Territory. – the first tranche in the framework of the investment project for the development of the international airport “Petropavlovsk-Kamchatsky” (Elizovo).

“This is almost half of all funds provided for by agreements that were concluded between the Corporation for Development of Kamchatka and the Managing Company” Airports of the Regions “last year. The total amount is about 7 billion rubles. Now specialists carry out design work. After they are completed and the relevant conclusions are obtained, we will be able to start the construction of a new complex – said the Governor of the region Vladimir Ilyukhin. “The project is of paramount importance for the social and economic development of the whole of Kamchatka and is aimed at solving strategic tasks for the development of transport infrastructure in the region and, of course, tourism.” The head of the region noted that as the first tranche the investor transferred the full amount and in exact accordance with the terms.

Completion of construction at the main airport of Kamchatka is planned in 2021.

“The total area of ​​the constructed complex will be 34 thousand square meters. It will be a passenger terminal equipped with teletraps and designed for comfortable service of up to 1 million passengers a year, a hotel for 120 rooms and a trade and office center, “said Deputy Prime Minister of the Kamchatka Territory Yuri Zubar.

Currently, the German company, selected by the competitive commission of the holding “Airports of Regions”, is carrying out design work. “In addition to the terminal itself, the German company designs a reconstruction of the apron at its junction with a new passenger terminal, as well as a road linking the constructed complex with the existing transport highway,” explained Nikolai Pegin, Director General of the Kamchatka Territory Development Corporation.

Recall that the project for building a new passenger terminal of the international airport “Petropavlovsk-Kamchatsky” will be made in the form of a truncated cone, which, according to the architects will resemble a volcanic crater.